INFLUENCER MARKETING: HOW TO USE IT FOR YOUR BUSINESS 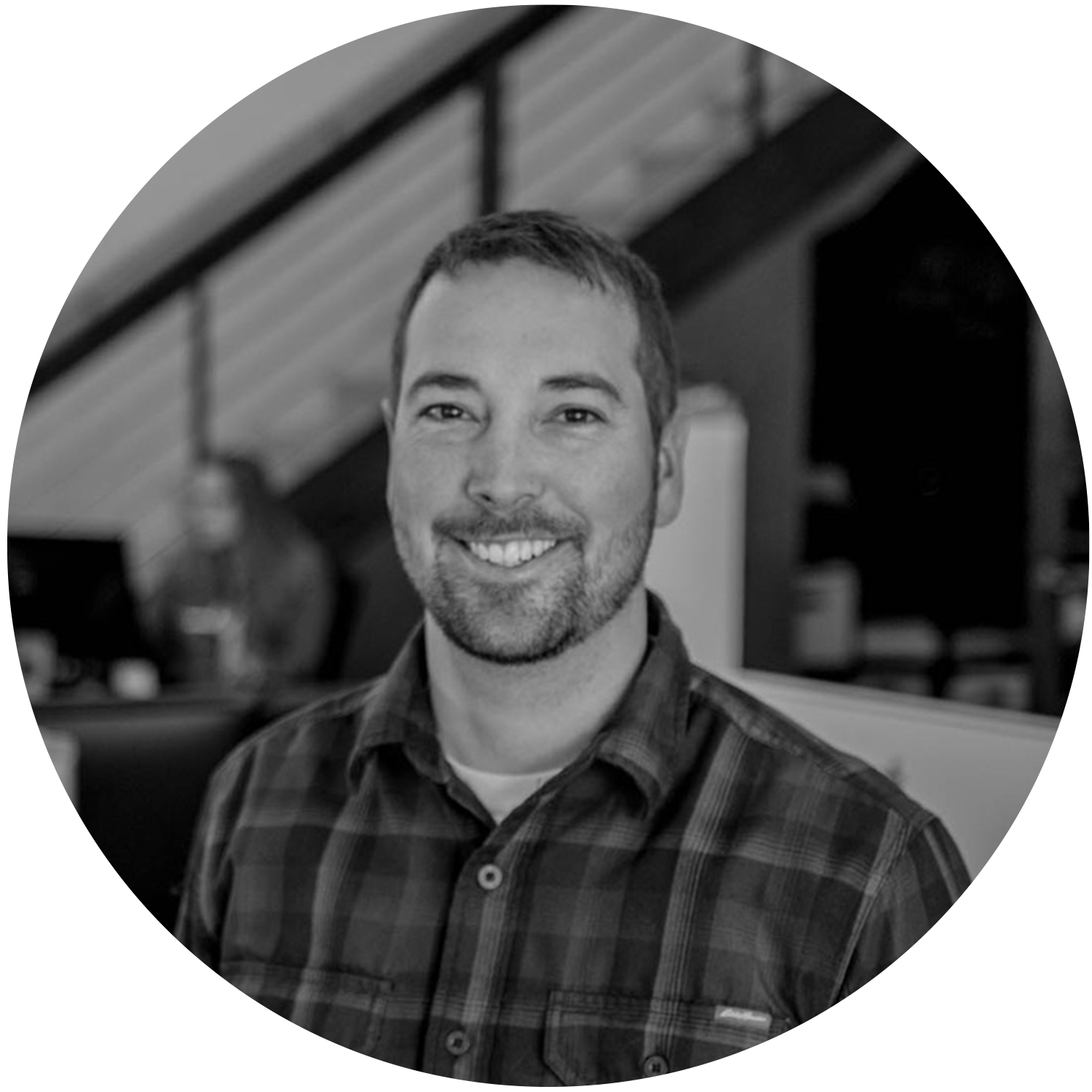 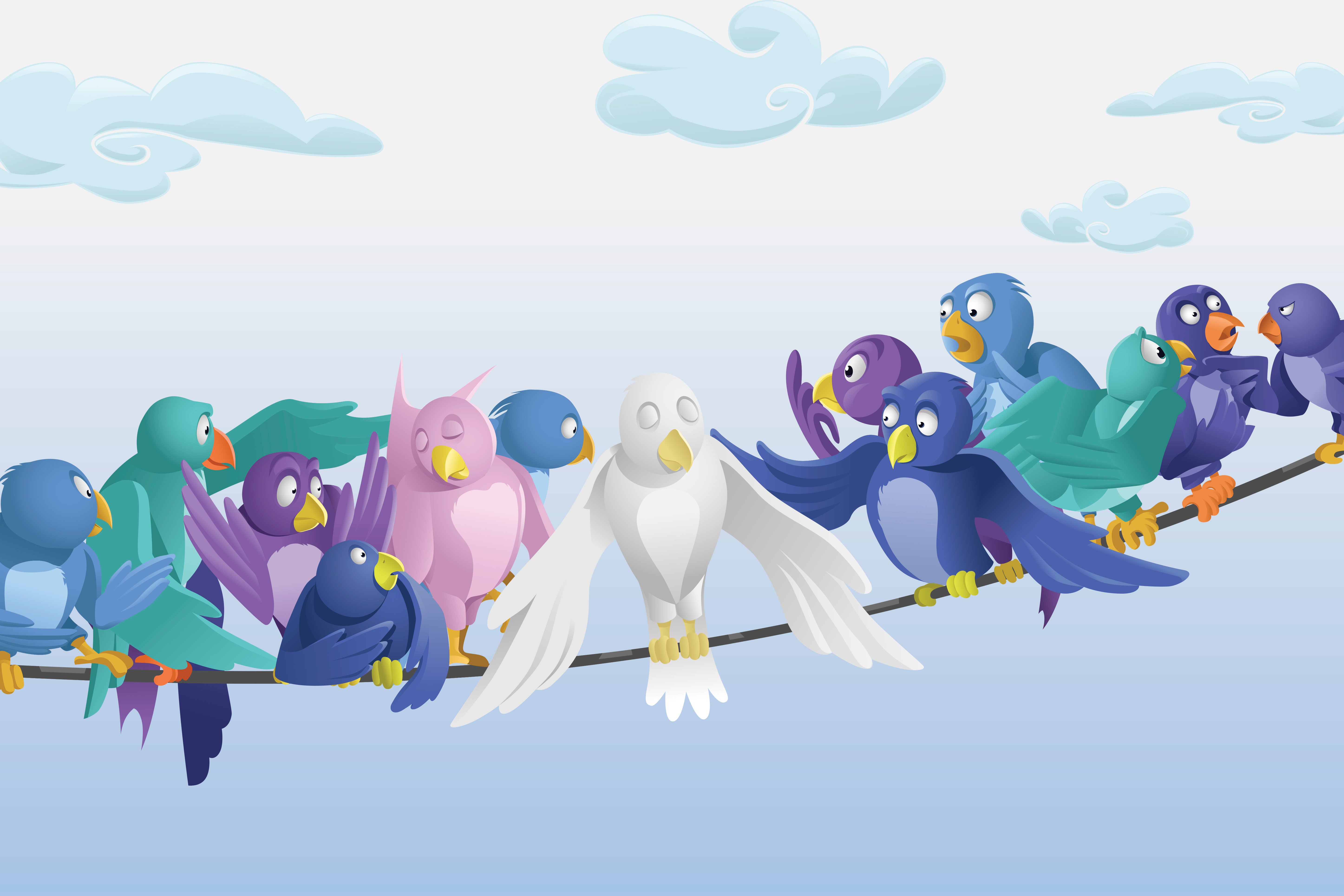 In the past decade or so, we've seen the emergence of one of the most powerful marketing tools since the invention of automation: The Influencer. When tapped correctly, the influencer can be a major asset for promoting your brand awareness and overall product. On the contrary, influencer marketing done poorly can come back to bite you in the business butt in a major way. Today we're taking a look at what an influencer is, as well as some inspiration on how to use them, and some serious warnings on how not to use them from real life booms and busts.

What is an Influencer?

An ever growing breed, influencers are people on social platforms who have the ability to affect buying decisions through their authority and influence. It's a nuanced ecosystem that the influencer operates in. They accrue a mass of followers by creating a brand or lifestyle that they consistently promote through whatever profile they may use. This may look like a woman who runs a YouTube channel focused on beauty and cosmetics. She'll have a branded space in which she films, a desirable overall aesthetic, and expertise. By creating a strong brand that people want to be a part of, she can amass followers who trust her opinion and view her as a source of authority. Likewise, a young man may make a living travel blogging, which he documents through Instagram. By having a consistent brand, strong photos, and a distinct voice, he can begin to grow followers who share his passion for travel and see him as an authority in the space. They will look up to him, trust his opinions, and again, view him as a source of authority. You'll see this play out as we break down the best and worst examples of influencer marketing and what your company can learn from them.

When used correctly, influencers can be a killer way to get your brand in front of a large audience. Using an influencer carries so many benefits over traditional marketing that it simply can't be ignored. For starters, consider their swaying power. Having someone like Kendall Jenner telling people to buy your products is a lot different than doing it yourself (no offense). It's also an opportunity for smaller companies to save on their marketing budget. If you're a local boutique, it costs a lot less for you to send a local influencer 4 clothing items to promote each month than it does to pay for an advertising campaign. So without further delay, let's jump into some examples of companies who do this well.

To say that Daniel Wellington ran a successful influencer marketing campaign is like saying that Einsteen was sort of a bright dude. The $15,000 startup ran an influencer campaign so successful, they were able to bring in revenue of a mere $220 million dollars. Did you get that? We said million.  The company started by reaching out to micro-influencers (influencers who have a large following, but could not be considered a celebrity by any means). The company sent free watches to influencers with an individual discount code for their followers to use. The company then encouraged users to post photos of their watches with the hashtag #DanielWellington. The best photos were then featured on their account, giving them tons of free content and a motivating factor for users to share. As an early adopter of this method of marketing, the company took off. In just a year, they grew their Instagram following by 1.2 million followers and increased profits by 214%. So uh yeah, we'd call that a win.

When Almond Breeze first hit the market, they decided to focus on influencers as a way of showing potential buyers how their product could be used. The brilliant idea targeted influential food bloggers and asked them to make different recipes while using Almond Breeze. This was a great way of showing customers how the almond milk could be used apart from just drinking, and helped normalize the notion of Almond Breeze as a cooking agent and dairy replacement. The overall campaign was extremely successful, and was even able to land one of the most notable food influencers, Jeanine Donofrio of the Love and Lemons blog. The campaign as a whole garnered over 1,300 blog posts and gained the company more than 20,000 fans on Facebook.

In a stroke of brilliance, Lagavulin Whiskey was able to land Nick Offerman as an influencer for their advertising campaign. Offerman, known for his rugged, manly man persona, couldn't have been a better pick for the whiskey. With a need to appeal to a younger audience who typically steers away from the single malt liquor, the company tapped Offerman's mass appeal to a younger generation of buyers he's so popular with (namely through his hyper-masculine role as Ron Swanson from "Parks and Recreation"). The ad, which is 45 minutes of Offerman doing what he does best, furrowing a contemplative brow next to a fire as he drinks his whiskey in silence, gained viral popularity. The simply brilliant campaign even went on to win a Shorty Award for Best Influencer and Celebrity Campaign in 2018. It's winning credentials? It was the number one trending topic on Facebook the day of its release, it garnered 840 million media impressions, and the company's Youtube following jumped from 5k to 23k.

For every success story in the influencer world, there is a tragic tale of influencer marketing gone very, very wrong. These companies are trusting individuals with their products and brand messaging they have poured thousands and thousands of dollars into. The human element sometimes takes over, and from simple accidents to poor behavior, a bad influencer can burn a good company. Here are just a few that take the cake when it comes to royally botching an influencer marketing campaign. 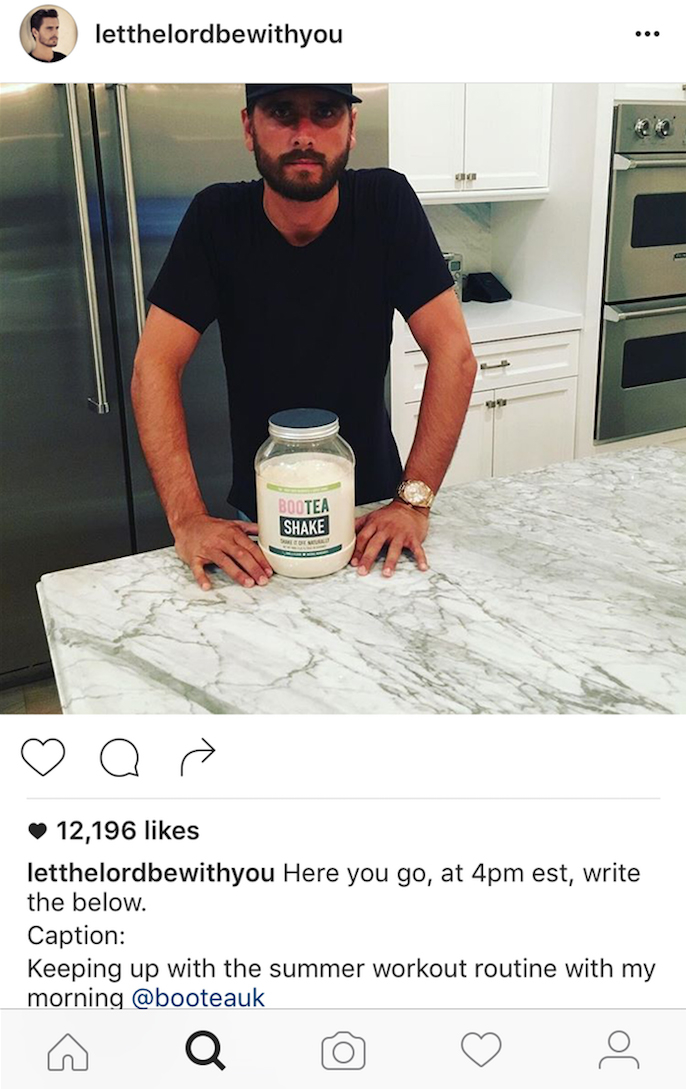 Scott Disick has had a reputation of being a trouble maker for some time, but no one would apply that label to him as a brand influencer. That is, unless you're the health brand BOOTEA. The weight detox company has enlisted Disick as an influencer and worked to set him up for the ultimate success, even feeding him the content he would need for his post. The problem? Disick turned around and regurgitated it to his audience. The company sent him an email that read, "Here you go. At 4pm est., write the below. Caption: Keeping up with the summer workout routine with me @booteauk protein shake!" Oopsie. Perhaps it would have paid to take a minute and proofread. The careless post made what could be a wonderful product look scammy and gross. While tons of companies probably feed their endorsers what to say, it's another thing to pull back the curtain and reveal the mechanics to the audience.

Chriselle Lim is known for her stunning, "real life" content. Her images, while beautifully posed and in clothes most of us would trade our soul for, are of her day to day. They showcase her baby, where she's currently traveling, or the upper echelon events she's attending. It's a surreal life, but it's hers. That's why when she posted an ad for Volvo, people nearly lost their minds. The photo felt staged, paid for, and didn't fit at all with the rest of her content. Simply put, she just wasn't a good fit for the vibe Volvo was obviously looking for. She received so much negativity, she has since put a response in her caption to the amount of negative comments she was blasted with.

Like all great stories, this one begins with a voyage

Oh Fyre Festival. We could write an entire whitepaper on the marketing brilliance and horror of this major catastrophe. In case you've been living under a rock in the last year and don't know what we're talking about, let us explain. Fyre Festival was a music event thrown by entrepreneurial hotshot Billy McFarland and his business partner, Ja Rule. The two promoted a luxury music festival that was to take place on a private island in the Bahamas and include some of the biggest musicians around. To promote the festival, Fyre flew about a dozen of the most powerful supermodels out to the Bahamas, where they filmed the festivals first commercial.

When the promo video dropped, and more than 10 of the most influential women in the social sphere were sharing the festival with millions upon millions of followers, it broke the company. They simply weren't ready for the magnitude of interest that came their way. This wasn't a case of picking the wrong influencers for their brand, but not being able to keep up with the demand they drove. The company had blown most of their funds on the models themselves, and were cash poor to execute on the actual deliverable. The rest is (fascinating) history.

Have a favorite influencer who crushes the advertising game? Or maybe you have an example that makes your skin crawl. Hit us with your most interesting influencer marketing picks the comments!