10 Ways to Communicate Empathy and Authority Amidst Crisis 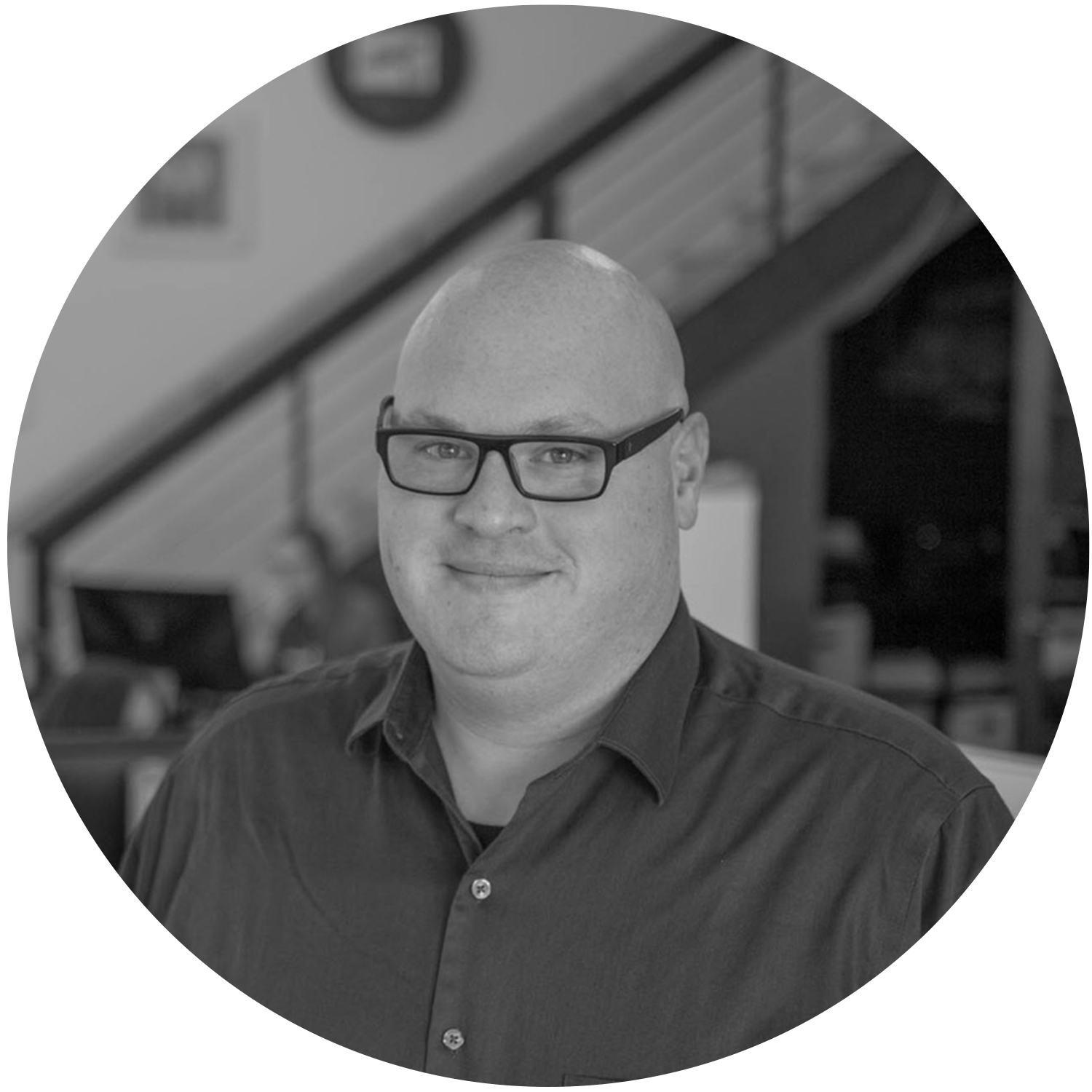 There are a million different types of leaders in the world. From Gandhi to Genghis Khan, there are a lot of varying leadership styles out there, and not all of them are created equally (see Genghis Khan). There are, however, certain traits that all good leaders share, and it’s worth taking an introspective look at ourselves to see if we’ve got them in healthy supply.

This is true now more than ever. There’s nothing like an unforeseen global crisis to put our leadership skills under the microscope. Crisis, or unexpected challenges, can take our leadership traits (good and bad) that aren’t readily visible in the day to day and magnify them to epic proportions.

This can leave us asking ourselves, what kind of leader am I? Or, more importantly, what kind of leader do I wish to be? As we continue our mission to show businesses how they can H.E.L.P. their internal teams and clients, we’re zeroing in on two particular traits that can be found in all great leaders. Get ready, cause we’re diving headfirst into our Top 5 Tips for Empathy and Authority.

While it’s a no brainer that as a leader, you’ve got to possess some authority, empathy is less of an obvious trait to some. But make no mistake, it’s just as vitally important as authority. Most of us have probably encountered a superior at some point or another that was all authority and no empathy. We think it’s safe to say they’re rarely our favorites and fail to inspire or evoke trust. Indeed, empathy is the magic ingredient that makes authoritative bosses approachable, trustworthy, and even motivating. Webster defines it as the ability to understand and share the feelings of another. Let’s look at how to do that.

(Actually) Listen When Your People Talk

All managers listen—it’s part of their job. But whether they’re good at it is another story. Listening is one of the most significant ingredients of empathy.

Doing this well means letting your people talk without the kind of interruptions that assume you know what they want to express. Giving them room to run with their words, while showing active signs of listening is extremely important. Nod along and give them small verbal queues that you’re still with them (simple “mhm’s” and “sure’s” go a long way).

Give Your Undivided Attention

Fact: All of the actions above are cheapened when you have technology running in front of you still. When a team member comes to you, putting your phone in a drawer, shutting the laptop, powering down the monitor all speak volumes about your attention. It says to them, “You are the most important thing in the room.” Consequently, maintaining all your tech communicates the exact opposite.

Pro tip: Turning your phone over, so it’s face down doesn’t count, gang.

Bill Nye said, “Everyone you meet knows something you don’t.” Keep this in mind wherever you go, and humility is sure to follow. Taking this approach means you value everyone’s perspective, from your C-Suite folks to the night crew who sweeps the floor, and everyone in between.

While you don’t have to agree with every perspective you hear, it’s important to hear them out. When you actively listen to someone’s perspective, it shows them that you have taken the time to consider their position. Whether you decide to agree with that perspective or inevitably counter it, your next move will be better received if the person knows you’ve come to your conclusion after giving their perspective the healthy consideration it deserves.

After someone has shared a perspective, need, or frustration with you, it’s always a good idea to repeat back what you’ve just heard. This ensures that you’re not drawing your own conclusion about their words and are instead verifying with them that you’ve heard what they wanted to express correctly. Doing so snuffs out any opportunity for miscommunication that can cause problems to snowball unnecessarily. It will not only help you and your team members to stay on the same page, but it will assure them that you’ve really been listening to them and have heard what they had to say.

Just like repeating people’s words back to them is important, so is asking them clarifying questions. Let your natural curiosity take over. Clarifying questions show you’ve been paying attention. They also help you to dig deeper.

Your team member might be saying one thing, but clarifying questions can show you want to get down to the feelings that exist under the surface level. Understanding emotions and motivations behind every situation will help you share in the feelings of that person and understand where they are coming from, even when you might disagree.

Pro tip: One of the most powerful questions you can ask your people after they’ve expressed any kind of concern is, “How can I support you?”

While empathy is invaluable as a leader, you can't be all empathy and no authority. Do that, and you run the considerable risk becoming a bit of a doormat. Instead, empathy must sit opposite the scale of authority in perfect balance. After all, people amidst crisis, yearn for leadership — someone to steer the ship, heard the flock, and so on. That, my friend, requires authority. Let's take a look at how to practice healthy authority with your people.

Position Yourself as a Leader

Leadership skills are something you should be practicing every day, not just in a crisis. If you've been continuously positioning yourself as a leader both in your organization and your industry, people will listen to you during times of upheaval. You can't magically decide you're a voice of authority during a crisis if you haven't been one regularly for people.

Position yourself as a thought leader, and they will inadvertently seek you out when they're looking for some form of security. You can do this by sharing relevant information, challenging the status quo, and sharing original content about the topics at hand. Everyone can lead, but not everyone is a leader; so make sure your position of authority isn't just about letting everyone know that you are in charge.

Speak the Truth (Even When It's Hard)

Leaders are often people who were willing to speak hard truths, often in the face of difficult and risky situations. Martin Luther King Jr., Malala Yousafzai, Susan B. Anthony, or Joseph Pistone are great examples of this on a magnified scale. They teach us that when we've discovered the truth, we then have a duty to speak it.

But take care—this means the truth you share must be just that: authentic and unshakeable, not built on personal whimsies or motivations. When truth like that finds it's way out into the open, people can't help but be inspired by it. Also, remember what Neil deGrasse Tyson says about truth, "Don't be smart enough just to think you're right. Be smart enough to know when you're wrong."

As someone in a leadership role, you've likely gotten there through years of experience or steep aptitude for what you do. With either of these comes unique insights that others can benefit from. If you're actively practicing empathy with your people, they'll welcome your insights.

This is because an empathetic leader is one who has genuinely listened to their concerns, ensured they understand them, and only then offers insight. When sharing your acumen with people under these standards, they'll be much more apt to take what you have to say into consideration, instead of blowing them off as irrelevant or ill-fitting.

A leader should expect a lot from their team. A great leader, however, uses their authority to set clear and measurable expectations that allow their team to achieve greatness. Failing to set clear expectations is equivalent to setting a team member up for failure.

When the happens, and the person fails to deliver, they're left feeling inadequate, unsupported, and frustrated (rightfully so). Setting clear expectations for those under your charge becomes even more imperative when crisis arises and stress sets in. Your people may be working in conditions they aren't used to while navigating new territory. It's your job to communicate to them the level of results you expect with guidance on how to achieve it. The achieving will still be on their shoulders, but they'll be given the right tools to carry that responsibility through to the finish line.

There's an old adage that says, "The road to hell is paved with good intentions." Yowza. It's a harsh sentiment, but a very true one at that. If you want to be seen as an authority, you've got to deliver. Whether it's the latte you offered to bring someone or the raise you promised at the end of the year, your ability to deliver is paramount. When you fail to deliver, you create a toxic domino effect within your workplace. For starters, failure to deliver breaks trust, which is one of the unhealthiest things to happen in a workplace.

If your employees don't trust your word, they're less likely to bring you legitimate issues, new ideas, or requests. Why would they if you have a habit of failing to follow through? At the same time, you're teaching your team that to fall back on a deliverable is acceptable. Why should they have a healthy respect for your expectations when you can't even meet them yourself? Road to hell, indeed.

Remember, a well-rounded leader is one who can balance these two attributes without letting one take over the other. That balance can be tricky, as most of us will have a natural inclination towards one or another. And that's ok. Just make sure you're holding introspective checks with yourself from time to time on how you're doing. That way, when the crap does hit the fan, your people will look to you for leadership without thinking twice.

Wondering what some other ways you can H.E.L.P. your people? Check out our previous post about how to stay empowered and responsible during uncertain times.