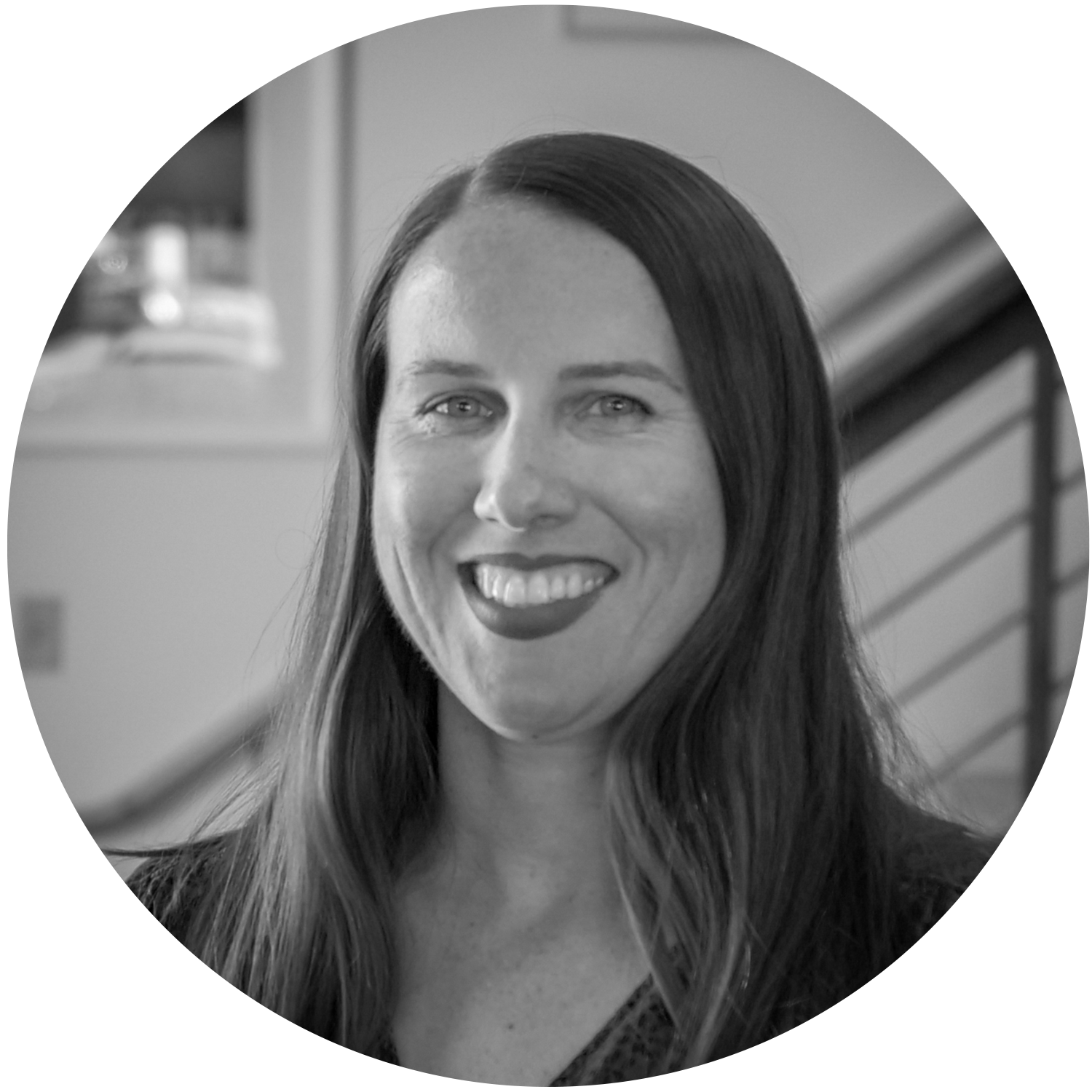 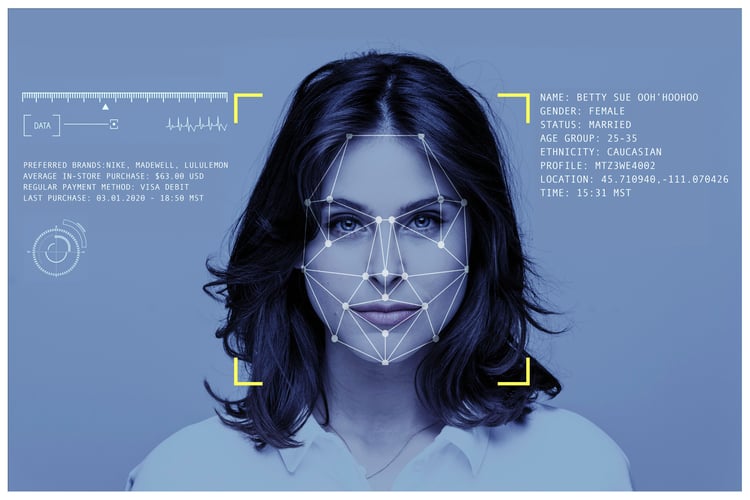 When it comes to your activity, it's no secret that you're being tracked pretty much all the time. The Snowden days of 2013, when the public was scandalized to hear their activity was being monitored, are long gone. And while the thought of being watched doesn't entirely give us the heebie-jeebies, it doesn't exactly put our minds at ease, either.

After all, are we headed toward the entrapments of science fiction, like Big Brother or Minority Report, or are we just making it easier to get that cute outfit that you saw online during your lunch break? It's a complex issue, one that's more intricate than simply two camps of thought or opposing sides. That's why today we're taking an in-depth look at offline conversion tracking, and what you may both love and hate about its capabilities.

Betty Sue's high heel just broke while getting out of the car to pump gas on the way to a business meeting. The little stiletto broke clean off. She looks at her watch—still enough time to swing by Target and grab a basic pair. She's in and out, runs her errand and strolls into her business meeting, new high heels clicking as she goes.

Later, when Betty Sue gets back to the office and opens up her Facebook account (just for a quick glimpse), she notices and ad on her profile featuring a myriad of Target pumps. How did they know? Was Big Brother watching? Did he call Siri, Cortana, or Alexa to give them the 411?

Typically, Betty Sue would attribute and ad for something she never talked about online to her phone listening in on her conversations. But this one was different. She never verbalized her purchasing desires to anyone; she just went out in the real world and did it. So how does Facebook know what to target her with? The answer is something called offline conversion, and its controversy and simultaneous contributions are a slippery slope, to say the least.

What is an Offline Conversion?

In plain speak, offline conversion tracking is when you're offline activity is tracked and measured. In other words, the stuff you do in daily life gets recorded somewhere. But who's doing the tracking? And better yet, who's doing the data collection? This technological phenomenon happens when stores, typically larger ones, collect data on your actions and turn that data over to Betty Sue's quick escape, the one, and only Facebook.

These companies have a deal with each other that users may find questionable when it comes to their interests. When Betty Sue walks into Target and buys her shoes, Target tracks that purchase in conjunction with her personal information and sends the data over to Facebook, who purchases it from them. In turn, the company pays Facebook to run a personalized ad on your profile that features products from their store. Win, win, right? Maybe, but not necessarily for the customer who prizes their privacy.

As a business owner, offline conversion tracking is incredibly helpful. While you are probably already tracking your prospects' online movement, that online movement can sometimes lead to a sale that takes place elsewhere in the real world. How are you supposed to measure that kind of data? How do you know how well your ad campaigns are working if their manifestation takes place offline? The answer is offline conversion tracking.

Let's say you're a health food store that is marketing a new blend of protein powder. You create an ad campaign, and a user interacts with that campaign by clicking on an ad banner, for instance. Google can then use its location tracking services to determine that individual users then went to one of your physical locations (as long as it's listed in Google Business), indicating that a purchase was made.

The same business can also track phone calls and purchases that are potentially made over the phone. If you run an ad with a clickable link to contact your business via phone, you can set that particular link up to filter information back to Google Ads. This allows you to know how many over-the-phone purchases were the result of your ad campaign, helping you determine its overall success.

As a business owner, it's a great tool, helping you understand if your marketing is working, what needs to be improved or adjusted, and how to best spend your money. It's something any business owner can get behind, and any rational person could see the benefit of it. But the business owners decide to use the data, in this case, is never vetted by the user's individual acceptance, only covered by Google's overarching tracking approval.

However approved, the power offline conversion tracking is a little less appealing to the user. While Betty Sue may have absent-mindedly clicked the little agreement box at the bottom of Facebook's privacy policy whenever she created her account, the tracking that surrounds her still feels like an invasion of privacy. Most people assume that when they agree to be tracked, they simply mean their online movements. They don't mean the businesses that they call up or the stores that they visit. Regardless of what they think they agree to, the reality is that they have given consent to track them offline as well as online.

Let's say Betty Sue gets proactive and goes into her Facebook settings to turn off some of the tracking that's taking place. She can deny data sharing from specific sites individually, or she can hit the metaphorical big red button and shut It all down — at least, so it would seem. The reality is that the most a user can do is say no to Facebook's displaying advertisements that are based on the data they have collected.

This doesn't, however, mean that they have stopped collecting that data. The collection will still continue — it just won't be advertised to you. You'll still see advertisements; only they won't be personalized, based on the data that Facebook has regardless. It may seem like a small win, like you've got some of your autonomy back. But is it really? Let's look at the alternative.

If there's not much you can do to stop Facebook collecting your data; perhaps you might as well reap the fruits of their labor. If you're going to see advertisements no matter what, why not see ads that are relevant to you and the things that you need, as opposed to something you are entirely uninterested in?

The reality is that personalized ads are not all bad. All of us have been there. We see an advertisement for something we meant to buy but either forgot about or had to put on the back burner. We're glad to be reminded, or maybe we're just plain interested in the products that we see, and we follow the link. It's convenient. It saves us time and introduces us to things we find interesting, and that makes us happy.

The reality is that we like it when things are easy to use. We respectfully court autonomy while propagating our love affair with convenience. When Google doesn't remember our frequently visited URLs, and we are forced to type out the entire thing, be honest — we're miffed.

We want passwords and credit card information saved, our heart rate tracked, our steps counted, our GPS to function flawlessly. And then we rebuke the idea that anyone may be listening to or watching us. The reality is twofold: That your offline actions are no more or less sacred than your online ones. And secondly, that you can't have your cake and eat it too.

If you want your cake, that's just fine, and it will come with the exact color icing you like, in the exact flavor you like, in the right size that you prefer. But to scarf it down and then complain that anything could be so attuned to your interest is not only nonsensical, it's not helpful. If human beings are going to agree to live in a world where data is tracked, we have to do it in a proactive way where we determine what we are willing to give over, what we are not, what limitations we are willing to accept, and how to best advocate for it all. Because the reality is that online and offline conversion tracking is happening already, whether we are ready for them or not.