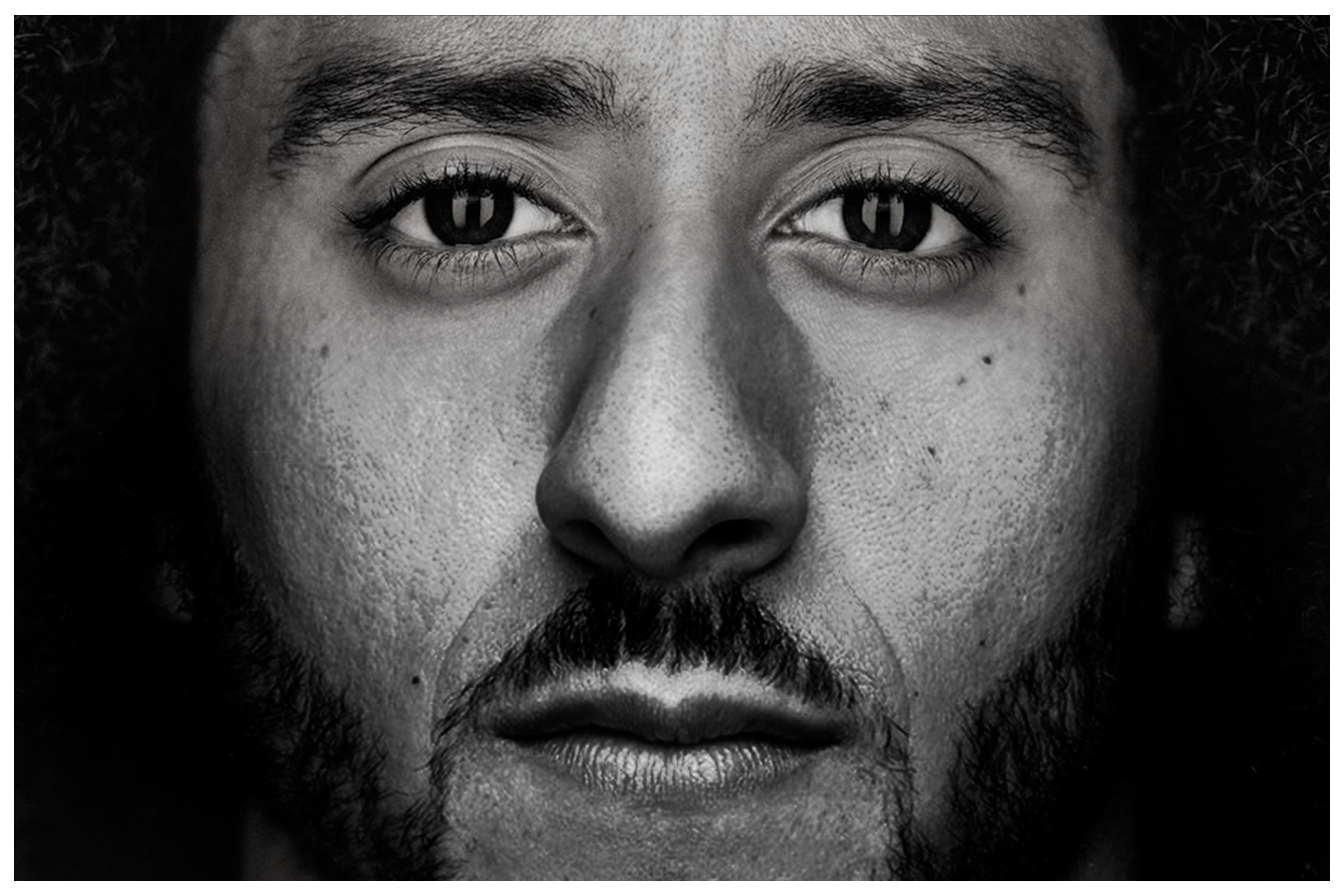 Over the past few years, there is a new infatuation that has been sweeping over our nation. For better or worse, it's been washing over our televisions, newspapers, social media feeds, and now, our marketing campaigns. From the white house to the Kardashians and their diet shakes, we've become obsessed with controversy. And as a business, it's something to be aware of. If a marketer's job is to keep her finger on the pulse of the nation, and that pulse is racing, what does that mean for her work? Does she stoke the flames of this new infatuation? What does she risk if she does? Better yet, what does she risk if she doesn't? Today we're taking a look at some real-life examples of controversial marketing campaigns and the repercussions for the companies who created them.

Politics: The New Marketing "It" Factor

Twenty years ago, a company's job was simply to sell its products. The people purchasing them didn't expect much more than whatever the marketing campaign promised the product would do. Then, companies began to incorporate community betterment as a key value or culture in their business model; giving birth to businesses like TOMS. Fast forward, and you have a generation of potential buyers who are born into a world where companies make giving back a massive platform for their operation. Many younger buyers have come to expect this from those they buy their products from, whether it's the sourcing of local farmers, fair trade certification, or a 1:1 purchase to donation structure. As these new generations expect companies to "do good," it's inevitable that political causes would begin to make their way into the marketing arena. A quick look at most marketing, and there's no arguing the increased influence that politics and politically trendy topics have had on our marketing campaigns.

All one has to do is watch the Super Bowl to understand the magnitude of celebrity influence, virtue signaling, and associative values on today's marketing direction. These commercials are the top of the line for the companies who pay a cool $5 million to snag a mere 30 seconds on the big night. In the past few years, we've seen stories about daughters being treated equally from Audi, religious and ideological unity from Toyota, and a controversial glimpse at crossing the border from 84 Lumber. Companies certainly aren't shying away from controversy, but what these implications of these stances when it comes to their audiences?

When Nike chose Colin Kaepernick as the face of their 30th-anniversary #JustDoIt campaign, they snagged more than a fair share of attention. The move was a sure-fire to grab mass publicity, as the decisive nature of Kaepernick himself would cause those on both sides of the coin to watch and share the video, either in praise or outrage. The content of the ad itself isn't all too controversial, but the choice of the ex NFL star would surely drum up emotion on both sides of the aisle.

For some, the ad was a chill-inducing anthem to a rebellion that had them doing fist pumps in front of the computer screen. These are likely those who were already behind Kaepernick's controversial decision to kneel during the national anthem before NFL games in protest to police brutality. A decision, they believe, would ultimately cost him his career, as Kaepernick himself claimed the league colluded to not hiring him. This would make him a smart choice for the Nike campaign, which heralded the phrase, "Believe in something. Even if it means sacrificing everything." The commercial is comprised of inspirational clips of non-traditional athletes accomplishing incredible feats, woven together by Kaepernick's voice. The move would likely take this segment of their audience and bond them even closer to the company, sharing a message that would resonate between souls.

For others, the ad was an eye-roll fest that felt more ridiculous and insulting than inspirational. It wasn't the content of the ad that had the other end of the aisle in an uproar (though the phrase "believe in something, "could be seen as troubling, as not all somethings are created equal). It was the person that the message was being paired with that many found to be hypocritical and pandering. Their opposition is anchored on a few factors. It's likely they disagreed with Kaepernick's protests from the get-go or even the idea of police brutality against African Americans overall. They likely also disagreed with the idea of Kaepernick's sacrificing everything, noting that he only began kneeling once he was a backup quarterback, held one of the worst QB ratings in the league, and turned down an offer from Denver that would have kept him in the league but cost him a pay-cut. Most off all, the opposing comments focused on the fact that when you sign a deal with Nike that's worth millions, you're not exactly sacrificing everything.

When Gillette released their ad, "The Best Men Can Be," it took an entire two seconds for the commercial to go viral. Much like the Kaepernick controversy, this ad was hitting on a hot topic that was sure to draw a line in the sand among viewers, therefore the buzz around it and ensuring maximum shares. The ad begins with men taking a hard look at themselves in the bathroom mirror. What follows is a collage of clips that feature men participating or excusing harmful behavior towards each other and the women around them. They fight, cat call, grab, turn blind eyes, talk over, and more. Then, the #MeToo movement completely changes the game. Those who hated the commercial were ripping it on social media, while those who found it inspiring shared the video with passionate glee.

In the wake of the #MeToo movement, the Gillette "The Best Men Can Be," hit the internet hard. The ad focuses on "toxic masculinity," and behaviors the ad positions as commonplace for men, going unchecked over the years. Proponents of the ad agree with the overall statement. Men who shared the video spoke about the "hard looks in the mirror," they've taken themselves. They apologized for poor treatment and virtue signaled other men to behave better, teach their children better and to be better. The women who cheered the ad expressed experiencing similar demoralizing instances enacted in the ad and praised the male-focused company for its honesty and determination to be better. All-in-all, it was a positive message that felt better late than never--one that promoted good behavior and condemned bigotry. What could go wrong?

A lot, it turns out. While one camp called the ad a valiant decry, its counterpart called it a false representation of males as a whole and a fabrication of the issues that are perpetuated by a small percentage of bad men. They pointed out that the ad treats all men as barbaric evil-doers who didn't know how to behave until the arrival of the #MeToo movement. It showed us one of the downsides of virtue signaling, where abstracts about groups of people are levied with the specifics actions of certain people. It puts a demographic of people on the defensive; insinuating the base character of each individual and requiring them to make a statement of distinction to disassociate from the abstract.

This also shows one of the difficulties of divided reactions to marketing principles inside of campaigns. Colliding value propositions and associative values made the negative side of this offering much more fertile. As opponents of the ad point out, the #MeToo movement didn't suddenly cause enlightenment for most men. They already believed that issues like rape, sexual harassment, bullying, and violence were evil, but do not see it as a master archetype within manhood.

The biggest loss for P&G's $54 million dollar, mildly performing purchase, is a giant ad campaign that didn't push the needle on their brand. It did mistakenly market circumstances that are real, difficult, and tragic, as affirmed by stories from the #MeToo movement, to the end of the lesser activity of shaving. They also lost market share in the UK, which wasn't a target market for the ad. Oops!

Pepsi has always run big budget ads that employ celebrity appeal, from the Michael Jackson's Block Party to Cardi B's lesson on how to say her infamous "okur." But when the company decided to throw trending political topics into the mix in this ad with Kendall Jenner, they really blew it from every angle. While other ads convey their political messages from a point that some consider either virtuous or virtue signaling, this one so obviously capitalized on a political controversy it had both sides of the aisle wanting to spit. According to Pepsi's ad, a 20-year-old billionaire darling and a can of Pepsi is all it takes to solve the racial tensions of the times. The ad was so bad that Pepsi ended up pulling it completely and issuing an apology.

so What's The Verdict on Controversial Campaigns?

So what's the verdict on controversial marketing campaigns? The answer is, it really just depends. The relativity of your encapsulation manages the victory.

Nike saw a massive 31% increase in sales in just three days after the campaign, largely a reflection of those who felt even more tethered to the company because of their message. However, Nike simultaneously got hit with a 4% drop in but a dip in their stock, losing a whopping $3.75 in market cap. Great for consumers, but bad for investors. Definite spin headed for the next quarterly earnings call and bonuses for the ad department.

As for Gillette? Their numbers didn't flinch one way or another. The company saw absolutely no change in US sales, but their exposure exploded, the ad generating a whopping 15 billion impressions. A win for social media, and a meh for the bottom line.

As for Pepsi, they have benefited from a complex component of the 18-34 demographic, in which seeing their favorite celebrities in commercials elevates engagement and suppresses critical perspectives. In a minor miracle, it took only nine months for their purchase consideration to recover from the lowest rate in eight years; something that rarely happens after calamity strikes a brand.

To be fair though, Pepsi is one of the strongest American brands, with over 125 years of brand loyalty. They made use of that strength via other demographics and verticals to help them weather a storm. Share prices didn't actually see a big drop for more than a year after the issue.

In the final analysis, only you can decide if the risk is worth it for your company. Are you willing to risk the market share in hopes it will recover for the chance of profit growth? You will certainly ostracize a chunk of your audience. Because that's what polarizing ads do, they polarize. At the end of the day, it may be a loss you're willing to take.

Perhaps you'll lose those who are older, which you'd be willing to trade for the buyers of tomorrow. Maybe you're okay with shedding those who don't align with your company values. Or, you could pull a Pepsi and really step in it. Only you can decide if the message is worth the risk, and if the customers lost can be afforded.

What are your thoughts about controversial marketing campaigns? Should they stick around or are you ready for a more neutral approach? Tell us in the comments below!

If you enjoyed this article, you might enjoy these other related blogs: